1st Sunday of Lent or Invocabit

6 March 2022 – Today is the first Sunday of Lent, also called Invocabit. In Leipzig, the longest and most productive period in Bach's life as a composer, Tempus Clausum (abstinence, no festivities...) was observed very strictly during Lent, so no music was performed in mass. Weimar did not observe this rule during Tempus Clausum, as you will see in a few weeks. All this to say that there are no Bach cantatas for this day, and many Sundays up until Palm Sunday.

But I would not want your Sunday morning to go without heavenly music, so I'm making some personal choices for your entertainment. There are many cantatas of which it is not perfectly known for what occasion they were created, and it would be a shame not to present them to you, so I've picked three cantatas for today.

First off is a very early cantata from the Mühlhausen period, so created in 1707-1708 for an unknown occasion. It is very likely that this is Bach's oldest cantata, because stilistical analysis puts it earlier than BWV 4 or 131. However, the oldest surviving copy was made after Bach's lifetime, in 1768. Bach was 22 years old when he composed this cantata, most likely for a funeral service, possibly for someone very close to him.

From a funeral we move to a wedding occasion, and from one of the earliest Bach cantatas we move to possibly the very last cantata he ever worked on, Dem Gerechten muß das Licht, BWV 195, dating from 1748. Or at least, it might be, the only surviving copy dates from 1748, but there are indications he might have created the cantata in 1727. In 1748, Bach was focusing on his last magnum opus, the Hohe Messe, and this cantata is a work he made in between. He only composed the recitatives and had his copyists paste already existing chorals and aria's into the work. Nonetheless a very luxurious cantata with a rather large orchestral setting, so the marriage couple must have been important.

Interesting to know is that Bach wrote over 60 wedding cantatas, mostly for well-off families who could affort the substantial fee. But of those 60 cantatas only 3 remain fully intact.

Lastly, Was Gott tut, das ist wohlgetan, BWV 100, one of the three cantatas with the same name, based on a poem by Samuel Rodigast (1649-1708), which Rodigast wrote as a consolation for a friend, the cantor from Jena, Severus Gastorius (1646-1682), very ill at the time. Gastorius was so moved by the text, that when he recovered he wrote a melody to it, which made it famous and used several times by Bach as an opening choral. It is unknown for what kind of occasion Bach wrote this cantata. 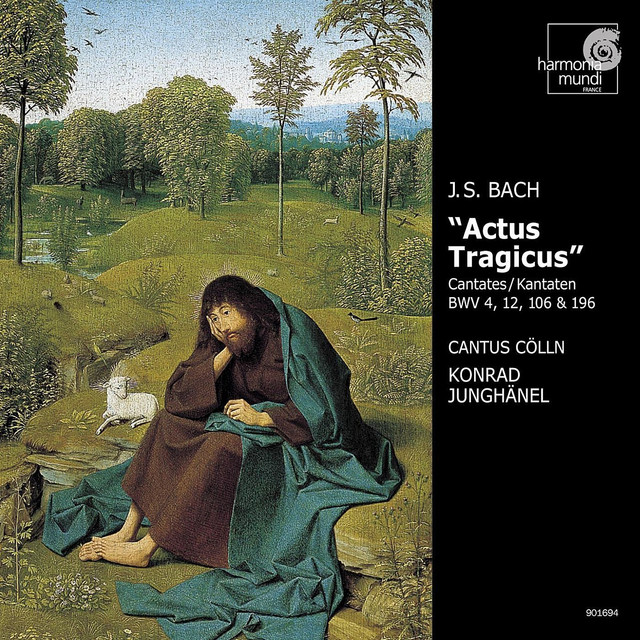 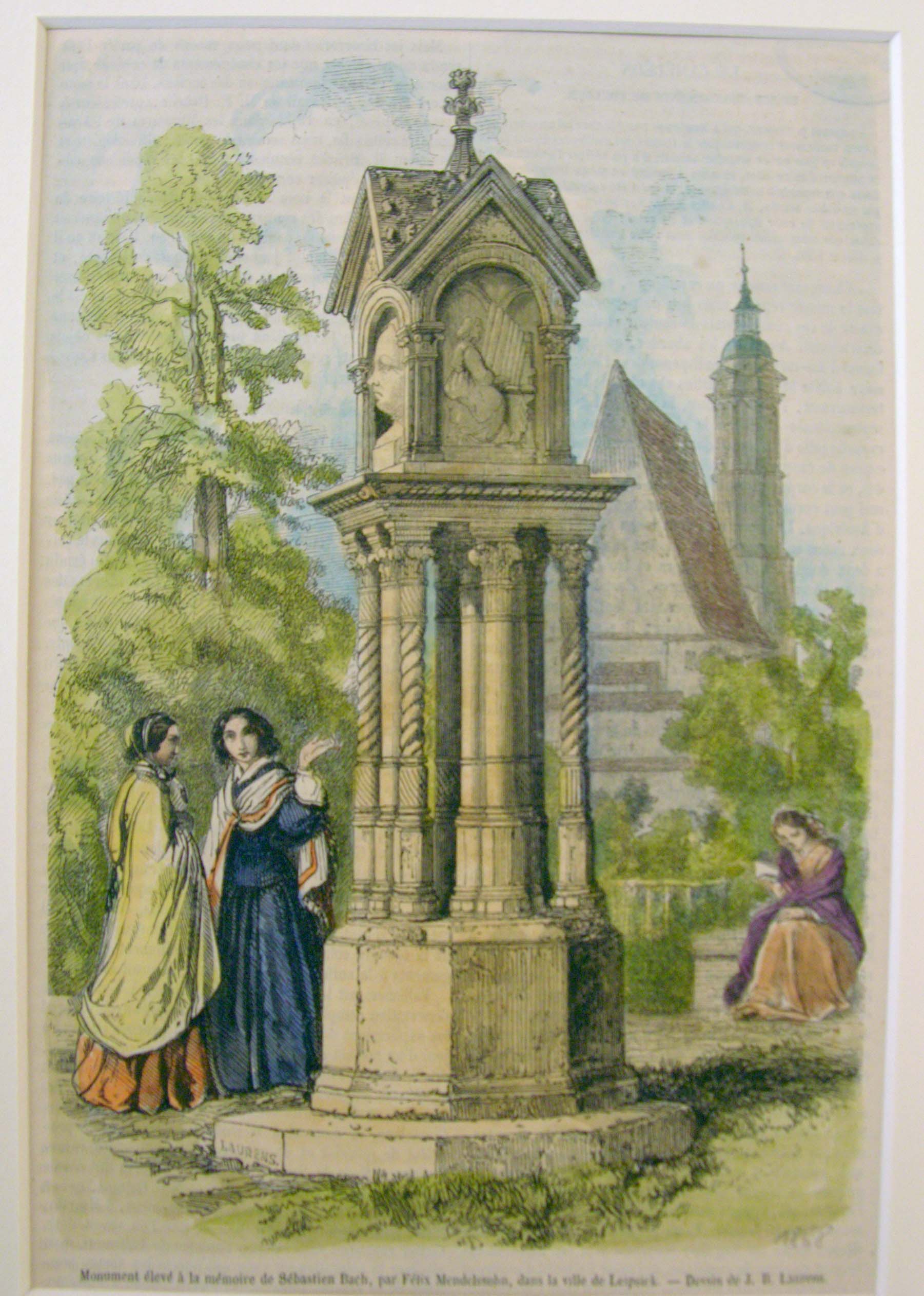 Woodcarving print based on an aquarel by Eduard Bendemann (1850) of the monument for Bach in Leipzig, erected by Felix Mendelssohn in 1843. It may very well be the only example of a monument erected by a composer to honour another.