But actually Candlemas was not a liturgical day in Bach's time. Rather it was the Purification of the Virgin Mary (Festo Purificationis Mariae), which was a Jewish tradition whereby a mother is considered impure until 40 days after the birth of her baby. On that day, she presents herself in the temple to be cleansed and to present her newborn: the Presentation of Jesus in the Temple.

The readings of St Luke for that day mention a pious Jew, Simeon, who was at the presentation, and who acknowledges Jesus as the Messiah in a joyous song, known as Simeon's Hymn (Canticum Simeonis). The theme of Simeon can be summarised as: I've seen the Messiah, I can die in peace. The texts of the cantatas for today are based on these evangelical readings and Simeon's Hymn.

It is noteworthy that none of the texts of these Candlemas cantatas focus on the Purification or the Presentation, but only the story of Simeon, which falls in line with the Lutheran view on mortality: a step to a better life without pain and anguish.

First up is Komm, du süße Todesstunde, BWV 161, created in Weimar for Trinitatis XVI, so for a completely different occasion. But the subject of the cantata also suited Presentation, so Bach performed this cantata in Leipzig for that occasion between 1737 abd 1746.

Ich lasse dich nicht, du segnest mich denn, BWV 157, was actually written for a funeral on February 6th 1727 (so you'll hear it again in four days), but because the text also evokes Simeon's theme, Bach performed it for Purification in later years.

Finally, Der Friede sei mit dir, BWV 158, is a bit of a mystery. It is considered to be a cantata for Easter Tuesday (and it will feature in the playlist then), but might have been originally written for Purification. So possibly it are parts of two different cantata projects that Bach put together. Also the date is uncertain - it may date from the Weimar period but a date as late as 1735 has been proposed. 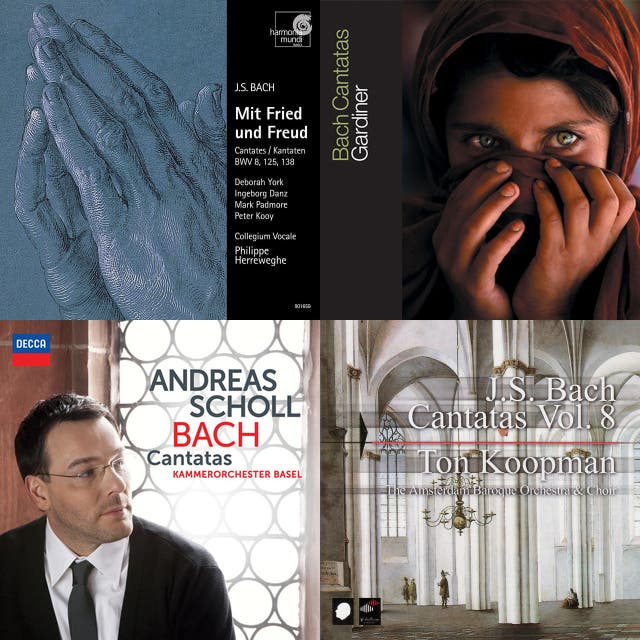 The Presentation in the Temple, painting by Jacques Daret from around 1434. The figure with the long grey beard is Simeon.